Florida Mediator Robert A. Cole, a longtime supporter and board member of Big Brothers Big Sisters of Northeast Florida, encourages all to attend the organization's April 9, 2015, celebration of 100 years of serving youth.

"It all started in 1904 when a young New York court clerk named Ernest Coulter was seeing more and more boys come through his courtroom," event planners say. "He recognized that caring adults could help many of these kids stay out of trouble, and he set out to find volunteers. That marked the beginning of the Big Brothers movement."

Simultaneously, the Ladies of Charity were befriending girls who also had come through the New York Children’s Court. The group they formed later became Catholic Big Sisters.

Today, Big Brothers Big Sisters operates in every state and 12 countries around the world.

To purchase a ticket to the Big Centennial Celebration, please click here. 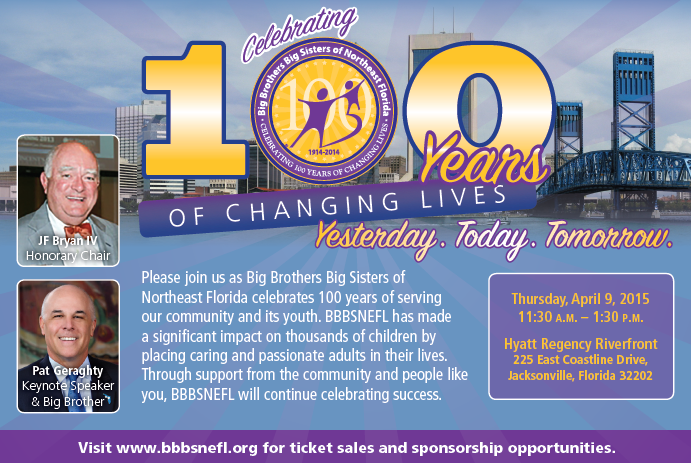