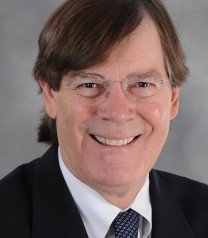 At its recent meeting in New York City, the Working Group II (Dispute Resolution) of the United Nations Commission on International Trade Law (UNCITRAL), completed its work on a draft Convention and a draft Amended Model Law on International Conciliation for the enforcement of international settlement agreements resulting from international mediations. Both instruments should be finalized by the commission at its New York meeting from June 25 to July 13, 2018.

The Working Group II is composed of all 60 member countries of the commission, which are mainly in North, Central and South America, Western and Eastern Europe, Asia and the Middle East. Also, representatives of states that are not members of the commission, of international government organizations, and of invited non-government organizations (NGOs) attended the Working Group II sessions as observers and participated in deliberations.

This project was proposed by the United States in June 2014 and continued with bi-annual meetings of the Working Group II in New York City and Vienna up to the latest from February 5 to 9, 2018. When finalized and approved by the United Nations, these two instruments should, in time, result in a significant growth of international commercial mediation as the convention and the amended model law begin increasing the likelihood of enforcement of international commercial settlement agreements.