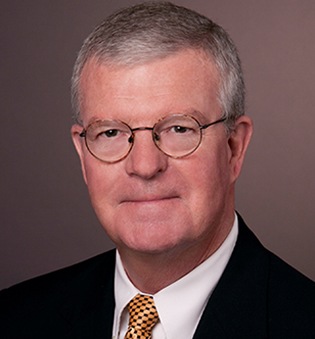 For the most current information and to coordinate or schedule, contact Robert A. Cole's case manager:

Bob was born and raised in Jacksonville, Florida. He attended Florida State University in Tallahassee, where he received both his undergraduate and law degrees. After his graduation from law school, Bob returned to Jacksonville and began his professional career in the practice of law, specializing in significant injury and wrongful death, medical malpractice, legal malpractice and design professional liability cases. Bob has been a Certified Mediator since July 2010.

Bob was invited to become a member of the American Board of Trial Advocates (ABOTA) in 1990. He was selected as FLABOTA Trial Lawyer of the Year in 2008. He is past president of the Jacksonville Chapter of ABOTA and past president of FLABOTA. He is a current FLABOTA board member and is a national ABOTA board representative for the Jacksonville Chapter.

As a trial lawyer, Bob handled major litigation cases throughout the state of Florida in both state and federal courts. He is rated AV by Martindale-Hubbell, its highest rating. He has been selected by Florida Super Lawyers every year since 2007 and was selected as a Florida Trend Legal Elite in 2012. Bob is a past chair of the Jacksonville Bar Association ADR Committee and the ADR Section of the Florida Bar.

He has been active in the community with Big Brothers Big Sisters of North Florida, Board of Directors; Jacksonville University, University Council Member; Baptist Health Foundation, Annual Support Committee; and the March of Dimes.

Bob is an avid outdoorsman, enjoying both hunting and fishing. He spends his leisure time with his family, vacationing in the tropics of the Bahamas or the mountains of North Carolina.