Where the parties have gotten to the point that neither side will make any further movement, impasse occurs. In a negotiation, “it’s over”. In a mediation, “it’s just begun”.

The mediator and the parties need to realize that the Mediator’s Proposal may be the mediator’s one “silver bullet” to assist the parties in resolving their case. Therefore, it must generally be used with a high level of discretion and at the end of the negotiating process in order to break the impasse.

This proposal can not be a proposal of any one party. Rather, it must be that of the mediator. The Mediator’s Proposal is not a suggestion of what the judge, arbitrator or jury will do; rather it must be understood to be in the context of the mediation. That is to say, that the Mediator’s Proposal is an effort to “stretch” both parties beyond that which they would otherwise move in a negotiated fashion, but not so far as to lose the opportunity of obtaining a resolution. In essence, it is a “Mediator’s Proposal” and not a proposal of a judge, jury, or appellate court.

The mediator must first determine that the parties are willing to accept the concept of a Mediator’s Proposal. That concept works as follows: If the concept is accepted, the mediator will determine that number above and below which he/she thinks the parties will be willing to go. The number is published to both sides either separately or jointly (typically, it is done separately). The mediator then solicits two yeses or otherwise publishes two no’s. The responses will be and will remain strictly confidential.

While sometimes the only issue is “the number”, there are occasions—especially in complex cases—where other terms and conditions must be a part of this proposal. Accordingly, the mediator should include all material terms as a part of the Mediator’s Proposal. Such terms include non-monetary remedies, as well as, monetary remedies. They include payment terms, releases, and dismissals. Some proposals can be quite brief; others may be quite elaborate. Some proposals may need to take stages, i.e. preliminary framework approval and thereafter, more specific details, terms and conditions. Once the Mediator’s Proposal is established and communicated, the parties should be given a reasonable period of time for determining its acceptability and delivering their confidential response to the mediator. Considerations in this regard are as follows: (1) Should you allow the parties to leave the mediation session and have the opportunity to consult with other people? (Sometimes this can be very helpful; sometimes it can be very harmful.) (2) Do the parties need to seek advise of persons of higher authority whether individually, committees or boards? (3)Is it helpful to “get away” from the table, take a “breather”, and “sleep on it”. (Again, this can be both helpful and harmful depending on the circumstances and the people involved). Such reasonable time period, therefore, must be determined under the particular circumstances of the mediation.

In his next post, Rodney A. Max will offer a conclusion to Breaking Impasse. 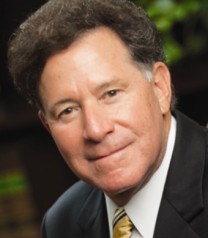 Rodney A. Max is a principal mediator at the firm of Upchurch, Watson, White and Max. For more information visit Rodney A. Max’s biography.