The South Florida Sun-Sentinel and other media outlets have covered Eugene K. Pettis' journey to the position of president of The Florida Bar.


I am by nature sensitive, emotive and optimistic. These traits have served me well so far as I move into the fifth year of my mediation practice. I also find meaning in small things and am moved by acts of kindness, bravery and selflessness. Yes, I am known to cry at commercials involving puppies and babies … When I find something that inspires me it seems natural to share it with you, our readers and loyal clients, so you can soak up the positivity. 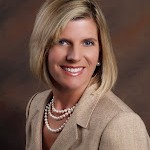 
In June 2013, The Florida Bar swore in a new President, Eugene K. Pettis. He is the first African-American to hold this position. This accomplishment alone inspired me, but then I heard him speak at his swearing-in ceremony and became truly proud. With Mr. Pettis at the helm, we all should feel proud – just spend a few moments in his presence and you will know why. He is energetic, charismatic, caring, humorous and motivating.

If you don’t know anything about Gene, there is plenty out there to allow you to get to know him, including the cover story of the current Florida Bar Journal. I encourage you to take this opportunity to learn his background. Then get to know him in person.

Take some time to introduce yourself to Gene when you see him at bar events. Go to The Florida Bar website and read about him and his philosophies and goals for our organization. Moreover, honor him and his accomplishments next summer by attending The Florida Bar Annual Convention in Orlando from June 25 through 28. Gene honored me by asking me to serve as the chairperson for the 2014 event. We are working hand in hand to make next year’s annual convention innovative, enlightening and, we anticipate, inspirational.

Gene will be a driving force behind that inspiration. Yes, I have seen him in action at our Board of Governors’ meetings where he was quietly passionate and persuasive. But, over the last few months, I have learned so much more about him. He credits his mom and dad’s staunch discipline for pointing him in the right direction. He blames a brutal beating at the hands of a few awful educators for sending him off course for a bit, but he refused to play victim for long and decided as a teen to pull himself out of what could have been a tailspin. Rescuing himself that once may be the only thing he claims to have done alone. He is always quick to recognize his family, his coaches, his African-American predecessors in the legal profession in Florida, his mentors, and so many others for paving the way for him.

At his swearing-in ceremony he gave an emotional speech replete with imagery and gratitude.  He alluded to what has become his personal motto, and that is: Reach up with your weak hand to help yourself while reaching back with your dominant hand to help others. He will be the first to tell you that he became The Florida Bar’s first African-American president because others lived in this manner with him. Gene walks the walk and talks the talk by reaching forward with his weaker arm for his own achievements as the stronger arm reaches back to pull others up behind him.