Email is a great invention. It allows us to communicate quickly and efficiently, and it provides us with written documentation of an exchange. It grants us the opportunity to communicate with others at times when we are not in a position to phone them, such as when we are in meetings, hearings, depositions, mediations, or simply do not want to be heard by those in close proximity. 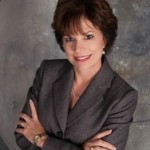 Lawyers communicate daily by email, exchanging documents for discovery purposes, setting forth settlement demands, scheduling hearings and other litigation matters, as well as conferring with one another on disputed matters.

Mediators use email to schedule phone calls with lawyers, document the status of settlement negotiations, and follow up on cases where parties have not yet reached resolution.

Sometimes lawyers will utilize email in an attempt to resolve conflicts. These conflicts may involve scheduling, discovery disputes, exchanges over legal positions, drafting of court orders, and any other potential area of conflict between opposing lawyers. This blog addresses some of the dangers of email conflicts and sets forth some considerations when you find yourself in a conflict by email.

One important consideration for lawyers is that emails are stored at multiple locations: the sender’s computer, your Internet Service Provider’s (ISP) server and the receiver’s computer. So, it follows that deleting an email from your inbox does not mean that it has disappeared from cyberspace. Rather, that email is still accessible on the receiver’s computer and the ISP’s server. Also consider the ease with which any email can be disseminated to other individuals with a mere click of the keyboard.

It goes without saying that lawyers should be careful about what they put in email to one another. My attorney friend, Ladd Fassett, remarked, "I don't put anything in an email to another lawyer that I would not want a judge to read."

It is not uncommon for lawyers to engage in email conflict. Conflict can be heightened online by what psychologists refer to as the “disinhibition effect.” This is the tendency for people to say and do things in cyberspace that they would not say or do in face-to-face interaction. People feel less inhibited while engaging in conflict online because they feel invisible – the other person cannot be influenced by physical appearance, body language, vocal tone or inflection.

Since most of communication is nonverbal, conflict by email can relay misleading or incomplete information. This is because without tone, inflection, facial expression, gestures, and posture we miss a lot of the information that the other person is feeling and experiencing. We then automatically insert our interpretation of the other’s emotion. We fill the gap with what we think the person is feeling and intending, and oftentimes attribute more negativity to the communication than the person intended, particularly if we do not know much about them.

Please see Ms. Jernigan's next post for strategies to deal with conflict by email.