Author Howard Marsee brings the sensibilities of a trial attorney and the negotiation skills of a longtime mediator to his practice. To schedule a mediation with Howard, please visit our online scheduling page or call his case manager, Cathy McCleary, at 800-863-1462. 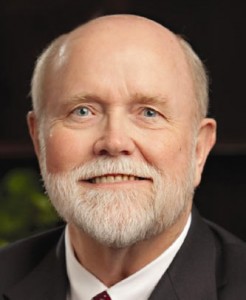 I have now mediated more 1,000 cases. In them I have seen the best and worst of negotiators. I offer the following ten bullet points. Much more could be said about any one of them. Many more characteristics could be enumerated.

1.  Good negotiators realize that negotiations begin even before they are assigned a case. They jealously cultivate and guard a reputation for candor, fairness, truthfulness, professionalism and a willingness to consider the opposition's points of view. When they finally get to a mediation or negotiation session, their negotiation counterpart respects  him/her and enters negotiations with an expectation that a deal can be consummated.

2.  They also realize that they are negotiating the minute they enter a case. They avoid brutalizing their opponent and they foster collegiality. Too many negotiations fail because the parties have abused each other during the case. They therefore enter negotiations with animosity, negative expectations, and intransigent positions.

3.   They actively listen. Information is power in negotiation. Listening enables the negotiator to understand the strengths and weaknesses of the other party.  Active listening also makes the other party believe that their position is being heard and seriously considered,

4.   They know how to say "No" firmly but politely. They preserve the other party's "face."

7.   They enter negotiations with a clear idea of where they are going -- even if they have to adjust their goals as negotiations progress.

8.  They know how to step back and view the negotiations from a bird's eye view.

9.   They avoid creating unrealistic expectations in their clients. This promotes client control.

From day one they educate their clients re the relative strengths and weaknesses of their case.

10.    They have identified their client's BATNA (bestalternativeto a negotiated agreement).