Welcome to the first installment of “UWWM Discusses…Merit Retention.”  We want to talk with you about merit retention of Florida’s Supreme Court justices and District Court of Appeal judges. You will get input not only from me, but from many of the mediators at Upchurch Watson White & Max.  While we all have our own unique approach to life and our own unique approach to mediation and settlement negotiations, we stand together as one on the issue of merit retention and the important role it plays in our government.   Merit selection and retention insures a fair, impartial and independent judiciary, the cornerstone of our judicial system.  I’ll begin my entry in “UWWM Discusses” with a little story….

Once upon a time (not so very long ago) there was a judicial system in Florida that required appellate judges to be elected to their positions and retain their positions through reelection.  There were some back room dealings and questionable judicial practices over the years, but many turned a blind eye to it, heads buried deeply in the sand, until one day in the 1970s it became apparent that something was amiss within the Supreme Court of Florida.  It seemed as though a few justices were meeting privately with a party to a case on appeal to the state’s highest court.  And worse, it appeared that one of the parties in that matter submitted a brief to one justice which brief eventually played a significant role in the Court’s ruling in the case.  Yuck, right?

Well, some clever law clerks and reporters got hold of this information.  The investigations that were launched and newspaper articles written to expose the corruption and favoritism resulted in the resignation of some justices, the disbarment of at least one justice and ultimately, in 1976, a constitutional amendment.  That amendment took Florida’s appellate judges out of elective politics.  For a great read on this entire Supreme Court scandal check out “A Most Disorderly Court:  Scandal and Reform in the Florida Judiciary” by Martin A. Dyckman.

Fast forward to November 2010, when three Supreme Court justices in Iowa were voted out of their positions on a merit retention vote because of their unpopular decision on a social issue.  Those unhappy with the Court’s determination on that one hot-button issue initiated a grass roots campaign to oust the three justices, a campaign funded 80% by monies from outside Iowa. Despite their enviable credentials and the fairness, independence and impartiality they demonstrated without fault over the years of their tenure, the campaign resulted in the justices being voted out of office.  Scary, right?

Yes, it is scary, and unfortunately the sanctity of merit selection and retention in Florida is presently being challenged and in a very political way.  There is an election coming up this November at which time many District Court of Appeal judges and three Supreme Court justices face a merit retention vote.  It is our job as lawyers to educate the voting public about the importance of merit retention and why protecting it should be important to all, not just lawyers.  Read The Vote’s In Your Court material from The Florida Bar and post it on your website.  Go a step further and post it on your Facebook page, Tweet about it, and put in on LinkedIn.  Help get the word out that judges should be selected and retained based upon an understanding of their professional accomplishments and their entire body of work, and that a politicized judiciary ousted at the pleasure of the vocal minority is not the way to insure justice is done.

I’m off to update our UWWM webpage and do some postings on Facebook, LinkedIn and Twitter.  I will continue to update those postings until the November elections are concluded.  I hope you will entertain the idea of doing the same, and please stay tuned for our next installment of “UWWM Discusses…. Merit Retention.” 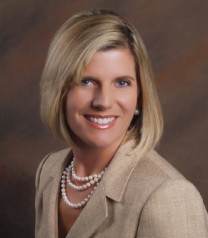