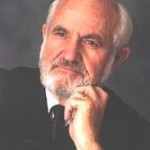 The first Florida Supreme Court Justice to be chosen through the state’s merit selection and retention process, Ben F. Overton brought a peacemaker’s heart, a teacher’s credibility and a visionary’s passion to his years as a dispute resolution specialist.

Overton’s 2012 death sparked memorials and newspaper stories throughout the state. In a Gainesville Sun article, he was described as grading papers until two days before his death; he was still an adjunct professor for the university. He continued to mediate for Upchurch Watson White & Max until July 2012. READ MORE FROM OUR TRIBUTE, as published in the summer 2013 edition of Dispute Resolution Magazine.