Florida Mediator Says It's Battle of Sexes in Conference, Too

By Catherine Klasne
As the number of lawyers in Florida approaches 100,000 and the number of women graduating from law school begins to exceed that of male graduates, I am noticing trends at mediation which tend to fall along the gender line. The contrast is stark and evident from the very beginning of the mediation process. 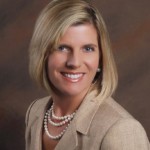 
Beginning as early as the opening session, women lawyers seem naturally to want to establish a rapport and a commonality with the opposing party and counsel.  They demonstrate through their body language a willingness to listen, learn and be open to another’s perceptions of the facts. Pens are taking notes, heads are nodding and eyes are focused and attentive. Women litigators often verbalize to the opposing counsel and their client an interest in listening and, more importantly, hearing and processing what is being said.

Very often men exhibit the polar opposite mannerisms.  While opposing counsel is speaking male lawyers tend to lean back in their chairs with their arms crossed in front of them. There is very rarely any eye contact, notes are certainly not being taken and – believe it or not – I have seen men read a newspaper or magazine as opposing counsel offered opening comments. The message is not subtle. They are not open to what is being said; they are not hearing what is being said; and they just want to start the negotiation process. They speak volumes without saying a word.

On the topic of opening sessions, I find that the genders often simply disagree about the productivity of them at all. In my five years of mediation, numerous male litigators have insisted I dispense with an opening joint session, a request I typically vigorously oppose.  Admittedly, there are situations when a waiver is appropriate, but those situations are very rare and so far the request has not been made when it was either appropriate or clearly necessary. Interestingly, no female lawyer has made this request of me. I can only deduce that women more readily see the merit in the interaction that occurs in opening sessions.  They appear to value the spoken word, the venting process and the opportunity to share their client’s story.

I don’t know of any studies demonstrating the effectiveness of women compared to men in mediation, but I’m guessing there is no difference, and women and men have similar rates of resolution at mediation.  What I can tell you is that the vibe at a mediation involving even one female litigator is very different from the negotiating environment when only men are involved. Women seem to manage their conflict in a gentler manner to which clients of both parties appear to respond positively. There is no right or wrong way to mediate: Of that, I am sure. But maybe the men out there can take a page out of the female litigators’ playbook by making more of an effort to soften that first impression during opening session. There is a way to be strong, self-assured and confident during joint session without fueling fires and burning bridges – just try it, you may like it.

Look for my next blog to turn the tables and shed some light on the effective techniques I see men using at mediation.