“The rule is: the word 'it's' (with apostrophe) stands for 'it is' or 'it has'. If the word does not stand for 'it is' or 'it has' then what you require is 'its'. This is extremely easy to grasp. Getting your itses mixed up is the greatest solecism in the world of punctuation. No matter that you have a Ph.D and have read all of Henry James twice. If you still persist in writing, 'Good food at it's best', you deserve to be struck by lightning, hacked up on the spot and buried in an unmarked grave.” 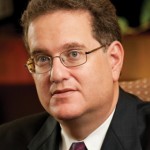 
Okay, perhaps the punishment Ms. Truss proposes for misplaced apostrophes (and her strident indignation over poor punctuation) is a bit over the top.  But her point is well taken because, as the joke whose punchline is “Eats, shoots & leaves” illustrates, punctuation can change the entire meaning of written language.

The Fourth District Court of Appeal recently confronted an “apostrophe-challenged” offer of judgment in Bradshaw v. Boynton-JCP Associates, Ltd., et al ., 38 Fla. Law Weekly D823(a) (Fla. 4th DCA April 10, 2013).  The district court reversed an award of attorney’s fees pursuant to an unaccepted offer of judgment because the placement of apostrophes in the offer rendered it ambiguous as to whether it was made by single or multiple defendants, and directed to single or multiple plaintiffs.  The document was titled “Defendant’s Joint Proposal for Settlement”.  It required “Plaintiff’(s)” to execute a stipulation, and further required “Plaintiff’(s)” to release “Defendant(s).”  In finding the proposal for settlement ambiguous, the Bradshaw court relied on Florida Supreme Court precedent holding that Fla. R. Civ. P. 1.442 required a settlement proposal to be "'sufficiently clear and definite to allow the offeree to make an informed decision without needing clarification.'”  Id. (quoting State Farm Mut. Auto Ins. Co. v. Nichols , 932 So. 2d 1067, 1079 (Fla. 2006)).  Interestingly, the Bradshaw court pointed out that whether it was fair or logical to apply the specificity requirements of Rule 1.442 was not the relevant inquiry.  The facial ambiguity created by the stray apostrophes was sufficient to invalidate the offer.

Despite the courts’ encouragement of settlements, Bradshaw is yet another example of how proposals for settlement often increase rather than reduce litigation.  In a computerized age, forms and templates are the lifeblood of an efficient law practice.  But just as bacteria can infect blood, rogue punctuation can infect a document, sometimes with incurable results.