By Catherine Klasne
This post follows up on “When One Party Does Not Act in Good Faith”. For more on first party bad faith, look for Ms. Sands' upcoming posts. 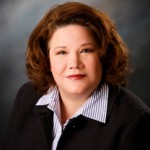 
Much of what has been written about insurance bad faith under Florida law falls along partisan lines. For insurers it is a calculated response to any denied claim designed to exploit, if not extort, additional settlement dollars and leverage settlement negotiations. For the insured and their representatives, it is a necessary process to recover losses associated with an insurer’s wrongful conduct and enforce sanctions against an insurer that engages in wrongful conduct as a general business practice.*

In the aftermath of QBE Insurance Corp. v. Chalfonte,  94 So. 3d 541 (Fla. 2012) – wherein Florida’s Supreme Court held that “bad faith” damages were not compensable as part of an underlying contract against an insurer – consequential damages and bad faith remain a topic of discussion and negotiation in mediation as part of a “global settlement.”

In the current climate, most insurers expect a global release, including bad faith, as part of a negotiated insurance settlement. Most insureds want to be “made whole,” and look to their counsel to make that happen. Despite the seriousness of the conflict, there is frequently more common ground in these concepts than not. The challenge to the mediator is to put these concepts into terms that satisfy the needs of both parties.