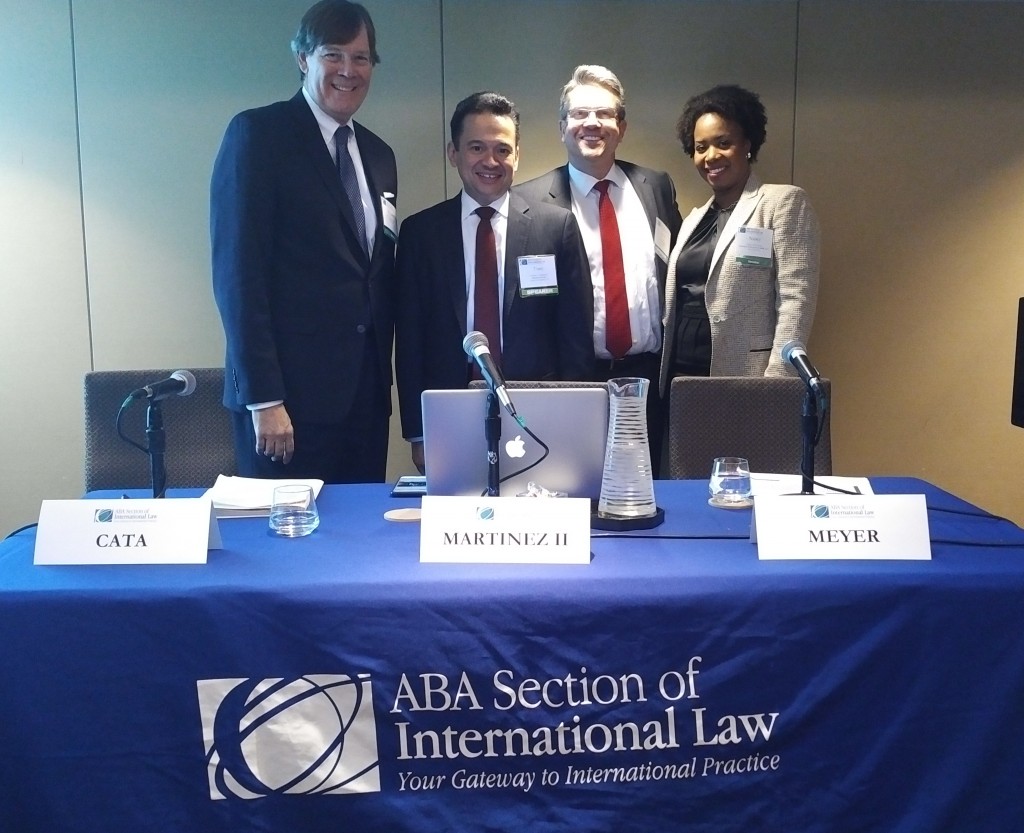 The speakers were: attorney Nancy Thevenin, Principal of Thevenin Arbitration & ADR of New York; James Meyer, Partner at Harper Meyer Perez et al of Miami; and Antonio Martinez, of counsel to the Schwartz Malito firm of New York. The program was heavily attended, and there was significant audience participation by way of questions and comments. We had to stop the questions about 7 minutes after the concluding time for the program.

The speakers were well informed on the topic and gave excellent presentations supported by informative written materials and PowerPoints. The discussion concerned U.S. certified claims, Cuban-American claims and private U.S. court judgments against Cuba, and the best way to resolve them by way of a global grand bargain or through the use of mediation and other ADR tools.

Under U. S. law, the embargo against Cuba cannot be lifted until the certified claims and, to a lesser degree, the Cuban-American claims against Cuba are resolved. There were quite a few favorable comments about the program from audience members who came up to the podium at the conclusion. The program illustrated how mediation, with its flexibility, relative informality and confidentiality, could be applied as a useful tool in resolving the complex and emotionally charged dispute of the U. S. claims against Cuba. Many thanks to the excellent panel members, and also to the staff of the ABA's International Section for making this program a success.