What’s In a Name?

As many of you know, the conference rooms in our Maitland mediation center are all named after various species of birds. The name of one room quite often draws a puzzled look, followed by the question, "What does Anhinga mean?" The fact all of the other rooms are named after birds does not seem to help.  And the question seems to be asked regardless of the questioner's state of origin.

Not as well-known as the Crane, Eagle, Osprey, Heron, Gull, or Tern, the Anhinga is common to the freshwater avian habitats of Florida. In answering the question, I can do little more than say that an Anhinga is a bird that likes to swim underwater in search of food. That hardly does it justice as this link clearly shows. 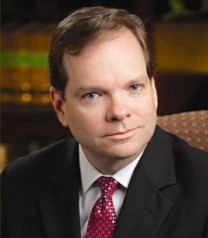 Richard Lord is a shareholder mediator at the firm of Upchurch, Watson, White and Max. For more information visit Richard Lord’s biography.