There are three kinds of lies:  lies, damned lies, and statistics." 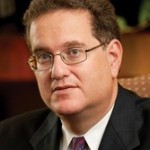 
As a freshman in college, I faced the daunting prospect of taking ten credit hours of math as a prerequisite toward any undergraduate degree. When it comes to math, I am neither completely inept nor particularly adept.  Living in this mathematical no man’s land, I fought the beast known as Calculus I, surviving with a GPA battered but not broken. Yet I found myself still needing five more credit hours of math. Determined to take this final course right away so I would never have to return to that particular building again, I settled on a course called Probability and Statistics. Certainly I liked it better than calculus (admittedly a left-handed compliment, akin to preferring chocolate cake to liver mush), but, more to the point, I actually found it interesting.

Is there a place for statistical analysis in mediation?  I would not pose the question were the answer not at least a qualified “yes”. An obvious example is decision tree analysis, in which the various outcomes of a lawsuit and the estimated monetary values of each are analyzed on an issue-by-issue basis.  Decision tree analysis does not lend itself to every case, because it requires time, patience, and quite frankly a level of comprehension that not everyone will possess. But a more basic statistical analysis can be used in many mediations. The goal of doing so is to provide parties who are engaged in positional bargaining a rational basis for moving closer to each other, even when they are unwilling to engage in more traditional negotiating tactics like bracketing.

To put this into perspective, let us revisit the scourge of many a student – the bell curve.  Essentially, if the same test is administered to, say, 1,000 students, and their grades are plotted on a graph, one should be able to draw a curve over the various grades that will approximate the shape of a bell. The average (“mean”) score will be at the top of the bell. The grouping of other grades above or below the mean is expressed by “standard deviations”. A little over 68% of the grades will fall within one standard deviation on either side of the mean.  Just over 95% fall within two standard deviations, and about 99.7% will fall within three standard deviations from the mean.  Thus, a professor who “grades on the curve” would give 68% of the students a C, while 13.5% would receive a B, and another 13.5% would earn a D.  The remaining 2.7% would be divided equally between the A and F students.

Let us now take this long-repressed knowledge to the mediation table in a personal injury case with issues of liability, comparative fault, and damages.  Just as no lawyer can tell a client that she has a 63% chance of winning a case, as opposed to 59% or 67%, a lawyer likewise cannot say that a case is worth a pinpointed dollar amount. But lawyers bring to the table their experience from past cases and their knowledge of jury verdicts and previous settlements. From that, they can make intelligent estimates about the range of values of a given case.

Assuming the lawyers will share this information with me, I now have two helpful pieces of information.  First, I can readily determine the average of each party’s value range. Second, and more important, I can look for the overlap in the ranges. Usually, some degree of overlap exists, unless one lawyer lacks sufficient experience, competence, or the necessary information to do a proper case evaluation. That overlap creates a new and smaller range within which the parties logically should be willing to negotiate, because their lawyers already have acknowledged the reasonableness of the figures.  Alternatively, the overlap between the averages of each party’s range may provide yet another newer and smaller negotiating range.

I kept my vow never to return to the mathematics building.  Perhaps I should have broken it, because measures of probability and statistics influence so many things in our lives, including how we negotiate lawsuits.  And I probably could have avoided Calculus II. The professor would have thanked me.

Michael Orfinger will speak on decision tree analysis at the Professional Mediation Conference in Orlando on August 21. For details, click  here.