Florida Mediator Asks: Does Jury Verdict Research Have Any Role?

By Kimberly Sands
Kimberly Sands, a partner with Upchurch Watson White & Max, has been a civil litigator and has been involved with difficult and complex disputes as litigator or mediator for over 30 years. To schedule a mediation with Kimberly, please call her case manager, Cathy McCleary, at (800) 863-1462, or visit our online calendar. 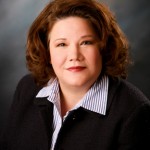 
For decades there have been databases that purport to predict settlement and jury verdict values based on known factors – liability, injury, expense, disability, venue, etc.; however, most practitioners feel there has never been a methodology more reliable than the judgment of an experienced trial attorney.

In 2008, the Review of Law and Economics published an article in which the authors analyzed jury verdicts in drunk driving cases in order to determine the factors affecting recovery. The results would not be surprising to a trial attorney. The statistically significant findings included that institutional defendants were more likely to be found liable and pay higher awards than non-institutional defendants; juries assign greater weight to objective measures of injury or disability than subjective measures, like pain. Admissions of liability can reduce the damage awards. Intentional acts can increase a jury’s willingness to award for total disability. Awards achieved through jury trial were reportedly 72 percent higher than those achieved through mediation, arbitration or settlement.

Quite a spread, particularly considering that medical expense and whether the plaintiff had surgery did not appear to be a factor with respect to value. Instead, much like the Smith et al study described above, aggravated liability and institutional defendants appeared to affect value. Also, since the sample excluded defense verdicts, many of the plaintiff verdicts involved admitted or aggravated liability. Finally, the credibility of the plaintiff, the quality of medical testimony, and the ability to demonstrate injury and disability to the jury was important to outcome. Whether a plaintiff had surgery or suffered from pre-existing complaints or injuries was not as important as whether there was evidence of a demonstrable disability.

There is skepticism over the usefulness of reported results as a tool for case evaluation or negotiation. Over the years, I have occasionally seen participants bring jury verdict research to mediation to demonstrate outcomes in litigation. It is practically worthless for this purpose since there can be so many variables that most adversaries will reject the information outright. Also, to get to any result you have to invest the time and expense and risk taking a case to final judgment. I have had more success when, as the mediator, I introduced research as an example of a worst case scenario, but generally only when there is a significant difference of opinion with respect to what are possible jury verdict outcomes.

More often I see jury verdict research used for case evaluation or for the purpose of advising clients with respect to a “best alternative/worst alternative” analysis”. Focus groups, in the appropriate circumstances, can also be excellent tools for testing the efficacy of an argument and potential juror response. Both of these methodologies, however, can be extremely flawed if the client does not understand how it is being used and how it can create unrealistic expectations on the part of the client.

I recently tweeted, "@KSands_UWWM , The newest Moneyball lesson for lawyers, from @LeanLawStrategy, throws lawyers a bit of a curveball. bit.ly/1kkTjpD." I love a baseball metaphor. In his post, Kenneth Grady makes the point that lawyers are mostly oblivious to statistics. I know what I learned from my humble analysis. There is no substitute for experience, but the wealth of information available to us and the ways we may put it to use has only just begun. Don’t get behind the fastball.