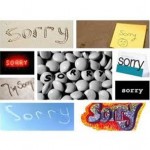 WHY SHOULD I APOLOGIZE?  (Part I)

Elton John may have been right when he sang that, “Sorry seems to be the hardest word.”  And what is true in life and love seems also to hold true in mediation.  An unconditional apology, sincerely delivered, can mend friendships, business dealings, and legal disputes.  So, one might reasonably ask, why does “sorry” seem to be the hardest word?  What is it that’s so hard about apologizing?

Matters of the heart are beyond the scope of this post, and are best left to philosophers, poets and writers of pop music.  In legal matters, however, the mere thought of apologizing sends many litigants into paroxysms of terror.  It seems there lurks a persistent fear that to apologize is tantamount to admitting liability.  While that fear may be justified at the scene of an accident, in a deposition, or in a courtroom, it usually is not justified at the mediation table.

Bear in mind that an apology would almost certainly be a confidential mediation communication, as well as a statement to which an evidentiary privilege would apply.  Thus, whether to offer an apology in mediation more properly turns on how it will set the tone for negotiations, rather than any impact it will have in subsequent litigation.  For example, in a case where liability is reasonably apparent, an apology may well defuse the plaintiff’s negative emotions and thus make the monetary negotiations easier.  Where both parties wish to mend a personal or business relationship, or will be “forcibly married” to one another in business in the future, mutual apologies and acknowledgments of one’s own blame may balm the wounded relationship such that it will not continue to fester.

There are, however, right and wrong ways to apologize, as well as appropriate messengers for the apology.  Consider the child who, upon being caught by his mother hitting another child, is told by his mother, “Say you’re sorry.”  The child, of course, is not the least bit sorry (though he may regret having been caught).  The mother, however, feels responsible and embarrassed for her child’s transgression.  She wants to convey her sincere apology to the other child and his parents.  Unfortunately, she uses her son as her messenger.  So not surprisingly, the child, in his quietest monotone, his eyes staring into the distance, says, “I’m sorry.”  The empty words mean nothing to the child who was hit, and mean even less to that child’s parents.  It’s fair to say that something got lost in the translation.

In my next post, I’ll share with you a few practice pointers that I hope will help your clients best harness the power of apology.