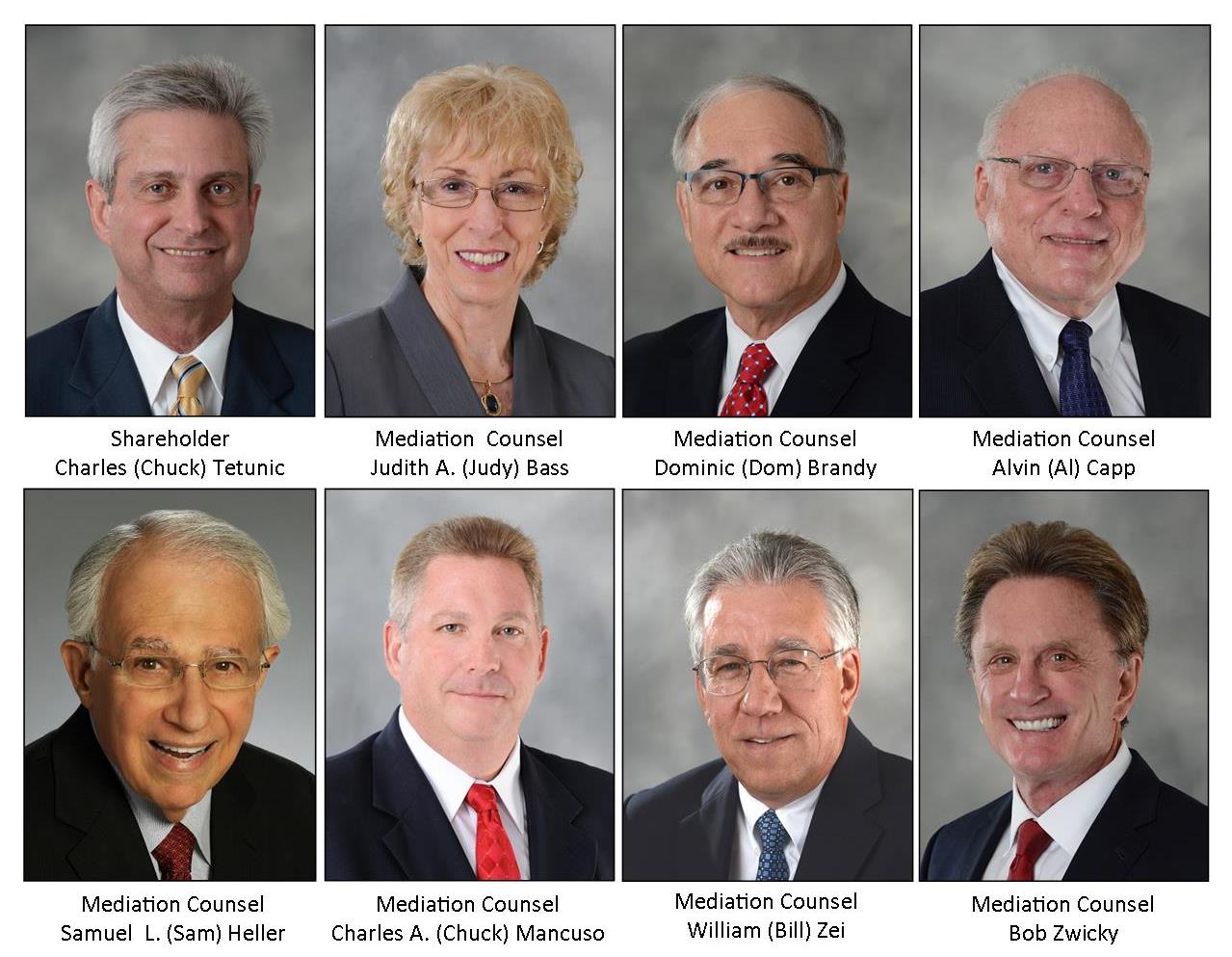 DAYTONA BEACH, Fla. (Oct. 3, 2013) -- Upchurch Watson White & Max is proud to announce the largest expansion in firm history in terms of mediators and service areas. As of Nov. 1, 2013, the Florida- and Alabama-based mediation group will add eight members to its distinguished panel of neutrals. New UWWM offices also are opening in Palm Beach, Broward and Miami-Dade counties.

Charles (Chuck) Tetunic, who joins the firm as a shareholder, and five others will be based at Upchurch Watson White & Max's new Plantation, Fla., office as mediation counsel. Mr. Tetunic has been a full-time South Florida-based circuit/civil mediator since 1994, and he has mediated more than 6,000 cases, specializing in personal injury, medical malpractice, insurance claims and construction litigation.

The remaining five Broward County-based mediators also are highly experienced and will serve as mediation counsel with Upchurch Watson White & Max. They are:

Former Circuit Court Judge David Krathen, mediation counsel with UWWM since January, is relocating his Fort Lauderdale base to the new Plantation office after it opens for business on Nov. 4. That makes a total of seven mediators headquartered at the UWWM facility in Suite 410 of the Royal Palm II at Southpointe, 900 S. Pine Island Road.

Longtime litigator Charles A. (Chuck) Mancuso also is joining the mediation firm and will be based at the new West Palm Beach office, Suite 541 of Clearlake Executive Suites, 500 Australian Ave. South. At 27, Mr. Mancuso was one of the youngest attorneys in the nation to successfully litigate a multiple wrongful death action for a recovery in excess of $2 million. He has litigated, as lead chair, more than 2,400 cases to completion.

The remaining mediator of the eight joining with Upchurch Watson White & Max effective Nov. 1 is William (Bill) Zei, who intends to continue with his South Florida clients and gradually transition to an area nearer to his home in Tallahassee, which is new territory for UWWM. Mr. Zei was a onetime associate general counsel for the North Broward Hospital District. Since 2007, he has been serving statewide as a mediator, arbitrator and special master in all of the areas in which he practiced for 30 years as a trial attorney. Some of them are dental, medical and legal malpractice.

Upchurch Watson White & Max's new Miami office will take the place of its current location in Miami's Sabadell Financial Center. The doors of Suite 507 of the Biscayne Building, 19 W. Flagler St., will open on Nov. 4. As a result of the move, UWWM principal Rodney A. Max will be based at this new office, rather than the Sabadell Financial Center, as well as in Birmingham, Ala.