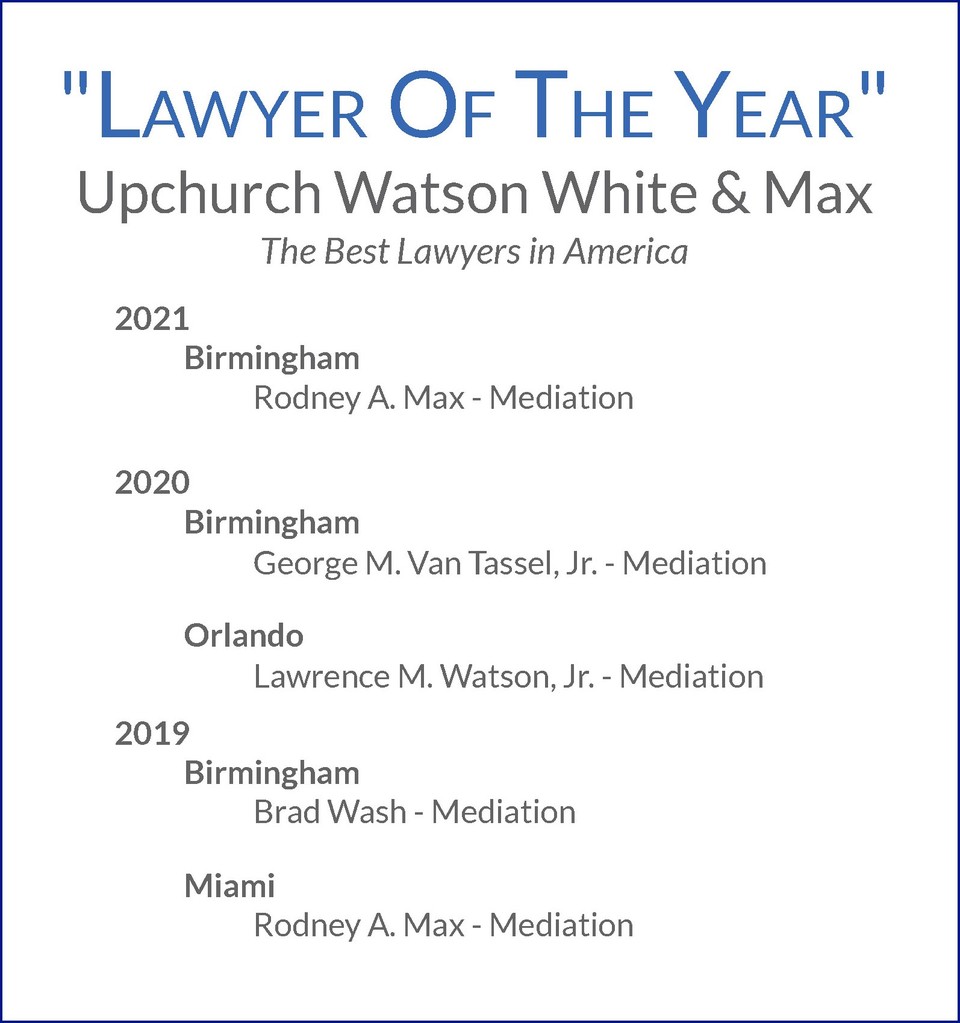 A small part of our "Lawyer of the Year" record

We were recently pleased but not surprised to learn that two of our panel members, Rodney A. Max, firm principal, and mediator and arbitrator Timothy J. McDermott, who joined Upchurch Watson White & Max more recently, were named Lawyers of the Year for 2021 in two different cities. The Best Lawyers in America bestowed the Birmingham honor in mediation on Rodney, and Tim won for a prior practice area, litigation – land use and zoning, for Jacksonville.

All of our mediator and arbitrator listings for 2021 are repeats with The Best Lawyers in America, and, in addition to Rodney and Tim, they are:

For a look at the panel members' history with the listings, please see the chart below: