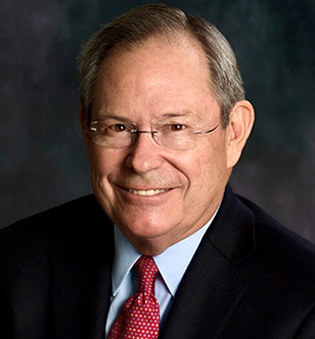 For the most current information and to coordinate or schedule, contact John J. Upchurch's case manager:

In 1976, Mr. Upchurch became the youngest elected Circuit Judge in Florida history, going on to serve as Chief Judge of the 7th Judicial Circuit beginning in 1979. He received the "Most Outstanding Jurist" award from The Florida Bar in 1981. He was appointed by the Supreme Court of Florida as a charter member of the Supreme Court Committee on Mediation and Arbitration in 1989 and to the Panel of Distinguished Neutrals of the Center for Public Resources in 1993. In 2005, he was selected for membership in the Academy of Court Appointed Masters, the only national organization for special masters. He was inducted by The International Who's Who of Commercial Mediation in 2012.

Following his service on the bench, Mr. Upchurch served as president and managing partner of Cobb Cole & Bell in Daytona Beach before founding the mediation firm Upchurch Watson White & Max in 1996. 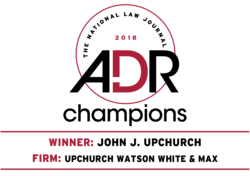