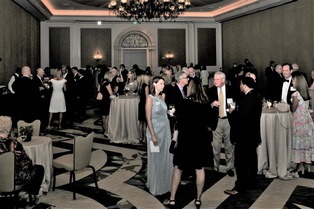 The event was held at the Ritz-Carlton Orlando, Grande Lakes 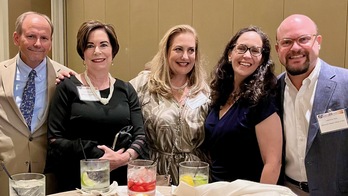 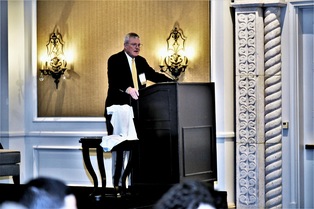 UWWM Principal Robert A "Bob" Cole and other UWWM mediators recently made their annual appearance at the Florida Chapters of the American Board of Trial Advocates' convention. The firm had sponsored the cocktail hour leading up to FLABOTA's awards banquet on July 23, 2022, and fellow firm Principal A. Michelle Jernigan, shareholder Jeffrey M. Fleming, Brenda Newman and Lawrence Kolin were also on hand for the event at the Ritz-Carlton Orlando, Grande Lakes.

The Hon. Anthony Rondolino of Florida's 6th Circuit was honored as Jurist of the Year, and Rafael E. "Ralph" Martinez of the Orlando firm McEwan Martinez & Dukes & Hall was named Trial Lawyer of the Year. Judge Rondolino has been recognized for his handling of the court's business during the pandemic -- "keeping his staff, his fellow judges, attorneys and members of the public safe" -- and during significant courthouse and annex construction projects during his third and fourth terms as the circuit's chief judge.  Mr. Martinez has been a member of the American Board of Trial Advocates (ABOTA) Central Florida Chapter since 1996 and was chapter president in 2004.

UWWM is a longtime supporter of FLABOTA and a sponsor of events at the organization's annual meeting.