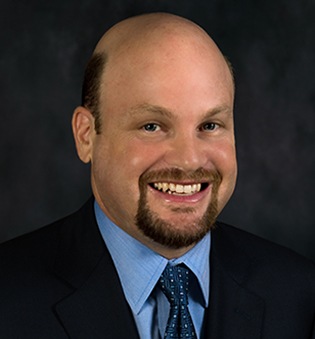 For the most current information and to coordinate or schedule, contact Lawrence H. Kolin's case manager:

Lawrence Kolin brings parties and their counsel together online or in person to settle difficult cases by mediating lawsuits in state, federal and appellate courts. He has successfully mediated thousands of matters, including multi-party and complex civil cases of all types since 2001. Lawrence formerly served as a General Magistrate in the Ninth Judicial Circuit Court of Florida, presiding over hearings and bench trials. He is also experienced in conducting arbitrations as a qualified arbitrator since 2005. Lawrence is an AV Rated Preeminent™ Super Lawyer® who practiced law for two decades as an advocate in diverse areas of civil trial work and was a partner in a statewide law firm. He’s acted as a full-time neutral over the past dozen years, devoting his energy entirely to advancing dispute resolution.

Active in local and state bar associations, Lawrence chaired a major effort to modernize Florida Civil Procedure Rules to include E-Discovery. He is a noted speaker in legal seminars and webinars, teaching as faculty at the Advanced Judicial College, Bench Bar Conference, The Masters Conference for Legal Professionals, and lecturing at many colleges and law schools.

A Graduate Faculty Scholar at University of Central Florida, he has been an Assistant Professor at the School of Medicine, taught Health Law in the College of Community Innovation and Education, Real Estate Law at the College of Business and Negotiation in Practice through the Department of Legal Studies as well as coached UCF’s award-winning competitive Mediation Team.

He was featured as an Ask A Lawyer columnist for The Orlando Sentinel newspaper and frequently writes for legal publications such as the Practical Law Arbitration series, Orange County Bar Association Briefs magazine, The Professional and ABA Just Resolutions E-News and is often quoted as an authority in The Florida Bar News. Lawrence also authors Orlando Mediator, which he started writing in 2010; it was recognized as an official ABA Journal ‘Blawg.’ Lawrence was even voted a top blogger nationally for the legal news category by The Expert Institute and his blog a Top Ten Dispute Resolution Blog by Feedspot and the ADR Times. Additionally, he was interviewed about his insights into mediation by a chief judge, who is now a UWWM colleague, on the groundbreaking Open Ninth official court podcast.

For his efforts on behalf of abused and neglected children, Lawrence was honored with The Florida Bar Legal Aid Public Service Award presented in conjunction with the prestigious Tobias Simon Pro Bono Award at The Supreme Court of Florida. He’s been counted among Florida Trend’s Legal Elite in Arbitration & Mediation, listed as one of Orlando Business Journal’s Most Influential Businessmen, selected as Mediator of the Month™ in Attorney at Law magazine and identified as a Top ADR Lawyer in Orlando Life magazine. Lawrence was proudly named a Litigation Trailblazer and Pioneer™ by the National Law Journal for his innovative work in alternative dispute resolution practice. He founded the ADR Committee of the OCBA and was twice elected to the Executive Council of The Florida Bar ADR Section where is now an Emeritus Member.

Lawrence was raised in Central Florida, where he resides with his wife and two daughters. His family gives their time and talents to many local causes.