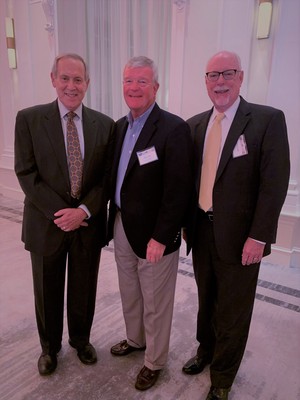 UWWM Principal Robert A "Bob" Cole recently led a contingent of the firm's panel members for an appearance at this year's annual convention of the Florida Chapters of the American Board of Trial Advocates. The firm had sponsored the cocktail hour leading up to the organization's awards banquet, and mediator/arbitrators Carl Schwait and Fred Lauten were on hand along with Bob for the evening.

They were in the audience to see The Hon. Daniel Sleet honored as Jurist of the Year and Jay Cohen named Trial Lawyer of the Year. "Judge Sleet has been a member of the American Board of Trial Advocates (A.B.O.T.A.) since 2003," his Florida Second District Court of Appeal profile says. "In 2015, he was selected Jurist of the Year by the Tampa Bay ABOTA Chapter.  In 2017, he served as president of the Tampa Bay ABOTA Chapter." Mr. Cohen has previously received the Trial Lawyer of the Year honor at the national level.

"FLABOTA has a distinguished history of excellence and professionalism," panel member Fred said. He is a former Ninth Judicial Circuit judge and chief judge. "Its members include the highest caliber trial attorneys who are dedicated to their clients, to improving the practice of law and to supporting Florida’s judicial branch. FLABOTA has improved the practice of law in our courts and has advocated to preserve trial by jury. FLABOTA is a valuable asset to the third branch of government in our state."

UWWM is a longtime supporter of FLABOTA and a sponsor of events at the organization's annual meeting.

Mediator/Arbitrator Lance Harke also made an appearance the evening of July 31, 2021, and said he very much enjoyed the event "and chatted with many old friends and colleagues and met some new ones." 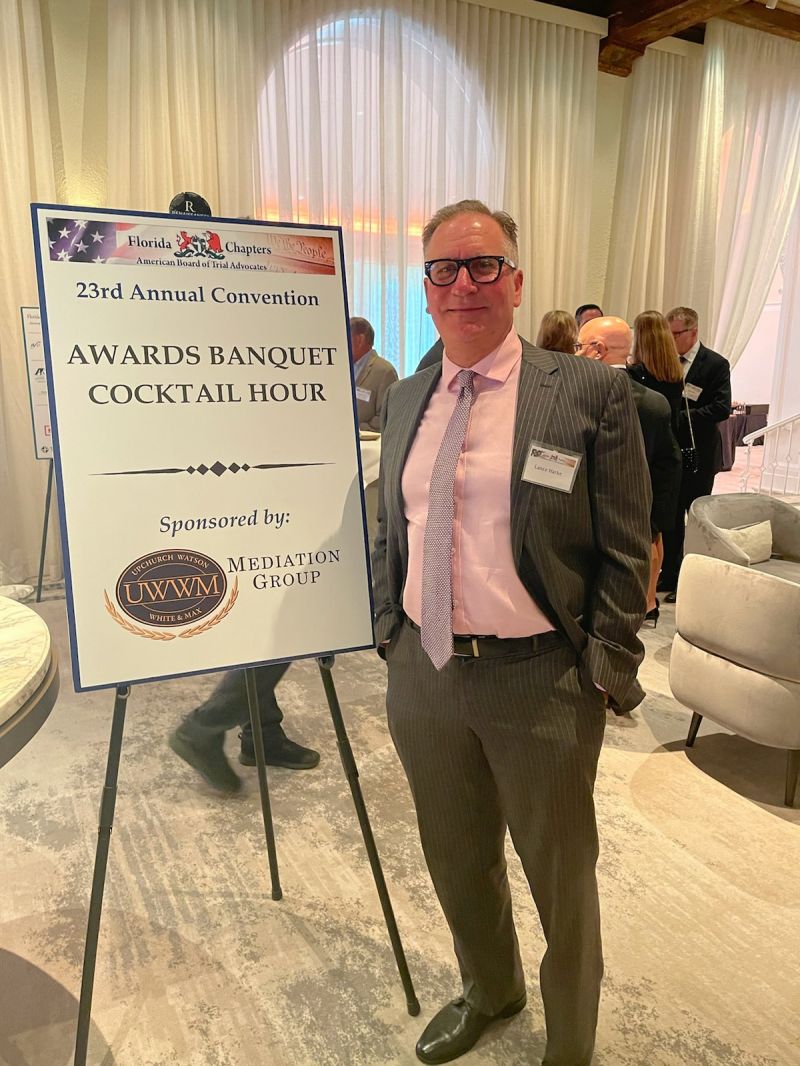