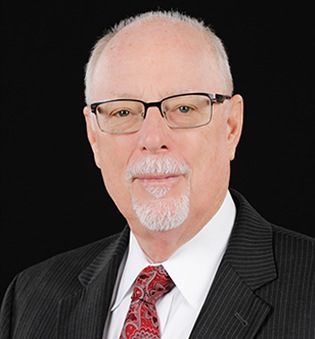 For the most current information and to coordinate or schedule, contact Frederick J. Lauten's case manager:

Frederick J. Lauten served as a judge in the Ninth Judicial Circuit for 26 years and as chief judge of the circuit for the last five of those years. During his career on the bench he sat in every division of the county court and in various divisions of the circuit court. Judge Lauten presided over the Ninth Circuit’s Business Court division from 2007 until 2012.

As a judge, Fred presided over a wide variety of cases including complex civil, criminal, probate, guardian and mental health cases. Prior to serving as chief judge he served as administrative judge in the civil and criminal divisions. Fred also has had the privilege of sitting as an associate judge on the Fifth District Court of Appeal.

Fred had significant involvement in the statewide judicial system. He served as dean of the Florida Judicial College, the college that teaches all new judges in the state, from 2006 to 2010. Fred served as the education committee chair of the Conference of Circuit Court Judges for four years and also served as a Florida Supreme Court mentor for new judges. Fred has been appointed by the Florida Supreme Court to numerous statewide committees including the Judicial Management Council, the Trial Court Budget Committee and as Chair of the Working Interdisciplinary Committee on Guardianship Stakeholders. During his judicial career Fred taught numerous substantive and management classes to his colleagues including Evidence, Criminal and Civil law and Managing Complex Commercial cases.

Fred received numerous awards for his service on the bench including the 2016 American Board of Trial Advocates Trial Judge of the year, the 2018 James G. Glazebrook Jurist of the year and the 2018 Mental Health Association’s Community Hero Award.

Fred has lived in Central Florida for over 50 years. He is married to his wife, Shelley, and has two grown children.