A veteran dispute resolution professional, Mr. Kolin is well-known in Central Florida for his involvement not only in legal circles, but also in the community at large. 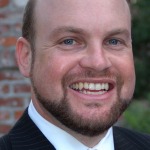 “I’ve been in the law for 20 years, and I’m most inspired by facilitating parties in working out their disputes while helping colleagues resolve difficult and protracted cases,” he says.

Mr. Kolin is a graduate of Winter Park High School. He earned a political science degree from Trinity College in Connecticut and a law degree from the University of Miami School of Law. He returned to Orlando to practice law in 1994. Before mediating full time, he practiced in state and federal courts in diverse areas of civil trial work including business, commercial, employment, entertainment, torts and intellectual property litigation. Mr. Kolin also served as general counsel to several non-profit organizations.

In 2001, he began mediating significant matters in addition to litigating and trying cases as a partner in a statewide firm. “Throughout my career, I was fortunate to be involved with many aspects of civil litigation, as well as transactional work. My ability to understand what may have led to the dispute itself helps me get to the nub of what parties are bickering about,” Mr. Kolin says.

“Attorneys with whom I have developed relationships over these many years -- some of which I even litigated against in the past -- know I endeavor to be creative in motivating the litigants to resolve their lawsuit,” Mr. Kolin says. He is available to litigants and their counsel for pre-suit, court ordered and private mediations and arbitrations of civil disputes, “from PI to IP.”

"Lawrence's extensive knowledge of the law and impressive background make him an effective and skilled neutral," says John Upchurch, principal and CEO of Upchurch Watson White & Max. "Over the years that I have known him, he has shown an ability to analyze and digest a wide variety of matters and develop an understanding of even the most complex legal and factual issues in very short order.”

For many years, Mr. Kolin has been dedicated, beyond the law, to his community, giving time, talents, leadership and fundraising skills to non-profit causes in the Orlando area. He has served on the community advisory board for WMFE, the local public radio station, and as a judge and adviser for the Orange County Legal Aid Teen Alternatives Teen Court. He is a recipient of The Florida Bar Legal Aid Public Service Award and served last year as a general magistrate in the 9th Judicial Circuit Court of Florida.

Mr. Kolin was the Ask a Lawyer columnist for the Orlando Sentinel and an assistant professor at the University of Central Florida College of Medicine. In 2011, he was listed as one of The Orlando Business Journal’s Most Influential Men.