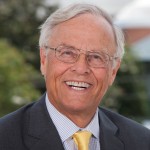 Dean Weidner is a leading scholar on partnerships, fiduciary duties and real estate finance, and his mediation practice is apt to reflect those interests. He formally lists unincorporated business organizations, mortgages and mortgage substitutes, complex leasing arrangements and business disputes and breakups among his areas of expertise. “We are honored and delighted that Dean Weidner has elected to join our panel of distinguished neutrals, and look forward to a long and enduring relationship," said John Upchurch, UWWM's CEO and a founding principal. "Clients dealing with sophisticated financing or leasing arrangements will be pleased to be able to work with such an accomplished expert in those arenas.”

Dispute resolution becomes a new priority for Dean Weidner, but he remains dean emeritus at FSU Law, and, after a sabbatical, he will continue to teach real estate finance and other business and property classes there as a full-time faculty member. Dean Weidner first joined the 50-year-old law college’s faculty in 1976, then served as its dean from 1991 to 1997, interim dean from 1998 to 2000 and again as dean from 2000 until this past June. "Under his direction, the law school rose to the top tier of U.S. law schools and was consistently recognized as one of the nation’s best in terms of job placement," The Tallahassee Democrat recently reported. "In 2011, Weidner was named among the Nine Transformative Law Deans of the Last Decade by influential legal blogger and University of Chicago Law School Professor Brian Leiter."

Although most of his schedule has been consumed with academic pursuits, he also likes to go boating, mostly in the warm waters off the Florida Panhandle and in the company of his wife, Jiji. The two also spend time visiting their son, who lives in London, and daughter, who lives in Nashville.

Those interested in further information about Dean Weidner, or in scheduling a mediation with him, are asked to call his case manager, Cathy McCleary, at 800-863-1462.