ODR: Beyond Scratches on the Cave Walls

By Catherine Klasne
As recently as last year, the idea prevailed that the field of online dispute resolution is in its “scratches on the cave walls” phase. 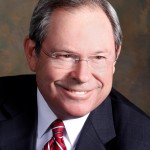 
At a 2012 meeting of the International Academy of Mediation at Harvard, Colin Rule discussed a futuristic view of  consumer dispute resolution, patterned upon the e-Bay and Pay Pal systems he had developed while an officer with those companies. Rule, now CEO of the online dispute resolution technology company Modria, repeated the assessment he promoted in his 2002 book, “Online Dispute Resolution for Business,” that we are still in the primitive stages of development in this field.

However, we now have a glimpse of what may be achievable in online dispute resolution (Rule dubs it ODR): Massive numbers of low-dollar disputes have been resolved via speedy, automated systems implemented in the high-volume, low-dollar consumer transaction environment. The Internet Corporation for Assigned Names and Numbers' (ICANN) Uniform Domain-Name Dispute-Resolution Policy (UDRP), which is a global dispute resolution scheme intended to resolve domain name disputes, has been in effect for more than 12 years. And, for the first time, arbitration is the default resolution process, not an alternative.

This model is now being widely cited as a template for ODR by the European Union.  It represents a hybrid system; largely conducted online, but still dependent upon concentrated clerical handling of the matters administratively, coordinating with a large panel of member arbitrators participating online.

Look for more about the "first end-to-end online arbitration process that fully complies with the requirements of the New York Convention" in my next blog post.