7th Amendment Symposium is First in Florida and One of First in U.S. 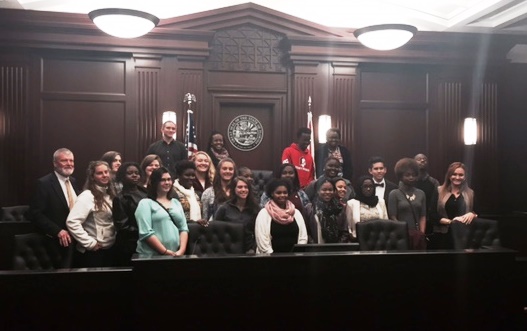 
Mediator Robert A. "Bob" Cole spent Dec. 8, 2015, teaching high school students about the 7th Amendment right to trial by jury in civil cases and is geared up to do it again next week. His teaching stint is part of a new program presented by chapters of the American Board of Trial Advocates; he is co-chair of the Jacksonville chapter's 7th Amendment Symposium effort.

"With this and the Teachers Law School, we are building a strong relationship with our school district," Bob says. "We are doing another program Dec. 15, 2015, and plan to do two more in 2016."

For the inaugural session of the symposium, ABOTA members hosted students from Terry Parker High School at the city's state and federal courthouses.  "This was the first 7th Amendment Symposium held in Florida and one of the first in the nation," chapter President Scott Costantino says. He congratulates Bob and co-chair Dan Iracki and thanks speakers Wayne Hogan, Judge Tyrie Boyer, Judge Harvey Schlesinger and Reggie Luster. 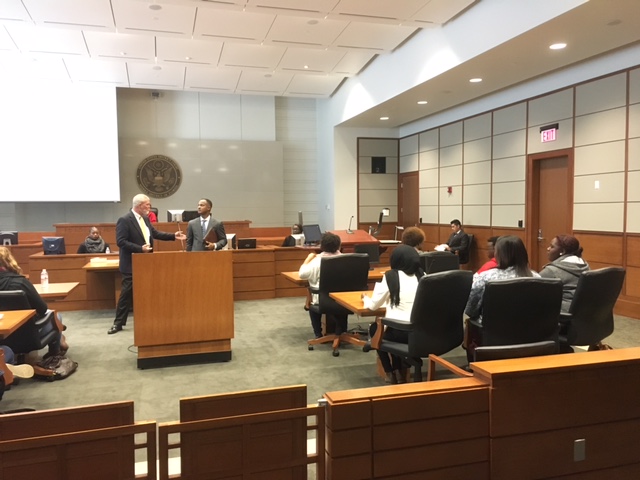 Bob, left, and Reggie Luster take the podium to explain some finer points.