GAINESVILLE, Fla. (May 23, 2016) - Carl B. Schwait, formerly senior and managing partner for local law firm Dell Graham, P.A., has joined Upchurch Watson White & Max's panel, bolstering the mediation group's presence in North Central Florida. Mr Schwait intends to center his dispute resolution practice geographically along a corridor between Inverness and Lake City, but, like other UWWM mediators, he will travel wherever his clients desire. 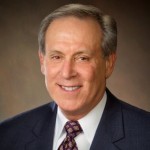 "I look forward to working with Upchurch Watson White & Max in helping the lawyers and citizens of Florida to settle their cases," Mr. Schwait says.

Mr. Schwait is already well known among attorneys in the Eighth Judicial Circuit (Levy, Alachua, Gilchrist, Union, Bradford and Baker counties); he is serving his sixth term as the circuit's sole representative to the Florida Bar Board of Governors and has long been active in the local bar association. As a mediator, he looks forward to spending more time in the Third (Columbia, Dixie, Hamilton, Lafayette, Madison, Suwannee, and Taylor counties) and Fifth (Citrus, Hernando, Lake, Marion and Sumter counties) circuits, as well. Meanwhile, UWWM is establishing an Ocala office in the landmark downtown Concord Square Building.

UWWM partners expressed enthusiasm for Mr. Schwait as a great fit and a mediator who is respected by claimant and defense attorneys alike. “Carl’s ability to stimulate meaningful engagement of those he works with, coupled with his reputation for patience, perseverance and thorough preparation will serve him well as a neutral,” said John Upchurch, the firm’s co-founder and managing partner. “We extend a warm welcome to Carl. He fulfills a real need for outstanding talent in his geographic area,”  he added.

In addition to his UWWM mediations and involvements in his legal and local communities, Mr. Schwait will be tending to his teaching responsibilities at the University of Florida Levin College of Law, lecturing for both the Trial and Pretrial Practice courses as an adjunct professor. He lives in Gainesville with his wife, Anna, and enjoys spending as much time as possible with his two daughters, their husbands and his two grandchildren. He is famous in the Gainesville area for playing Santa Claus every year, delivering toys and books to schools in need as a representative of the local bar association. The group stuffs stockings for at least 300 local children at the holidays.

For more information or to schedule a mediation with Mr. Schwait, contact his case manager, Cathy McCleary, at (352) 877-4767 or cmccleary@uww-adr.com.