By UWWM Mediation Staff
DAYTONA BEACH, Fla. (May 5, 2014) -- Upchurch Watson White & Max is pleased to announce that Mediation Counsel Sandy Upchurch is the first candidate in this election cycle to be assured of becoming a judge for Florida's 7th Judicial Circuit. The circuit is home to more than 580,000 registered voters and encompasses Flagler, Putnam, St. Johns and Volusia counties, according to the "Sandy Upchurch for Circuit Judge" campaign website. 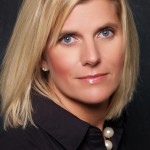 
Judge-Elect Upchurch, a resident of Ormond Beach, learned Friday that that she would face no opposition in the race for the seat being vacated by Judge Terrill J. LaRue, who is retiring. She told The Daytona Beach News-Journal she was surprised she did not draw an opponent. “I just feel, to be honest, I feel quite humbled by the whole process -- to have this community and our friends and family wrap their arms around me (and support me), it was such a rewarding and humbling experience,” she said.

Ms. Upchurch will take office in early January, but her court assignment is not yet clear. That decision rests with circuit Chief Judge Terence R. Perkins, who will be making assignment decisions for what may be as many as five new judges in the coming months.

Meanwhile, the judge-elect plans to spend the remainder of this year mediating civil matters -- as she has done for the last five years -- and preparing for her new role. “I intend to absorb as much court knowledge as is humanly possible in the next eight months," she said. "I am not going to waste this gift of time I have been given, so I will be observing as many court proceedings as my mediation calendar will allow.”

She and her campaign manager, Angela Ellzey, noted supporters had been ready to continue the push until the August election. "While we never had a clearly identified opponent, Sandy campaigned early and with vigor and was prepared for whatever challenge might come," Ms. Ellzey said. "That kind of energy reflected her unstoppable work ethic and sent a message to everyone who considered jumping in the race that Sandy Upchurch was ready to campaign and ready to take the bench."

Former Daytona Beach Mayor Glenn Ritchey said, “There is no doubt in my mind that Sandy is well-suited for this position.  She has the experience, demeanor and temperament a judge needs, and that’s why I so wholeheartedly supported her campaign efforts from day one.”

Members of the mediation group where Ms. Upchurch works had been quick to express encouragement throughout the effort, including her father-in-law, John Upchurch, firm founder and principal. "Of course, from a familial point of view, we are delighted for Sandy and excited for her," he said. "In terms of the firm, we are extremely proud that one of our own has been elected without opposition, which strongly indicates wide support and confidence in her potential among members of the bar. She will make a terrific judicial officer."