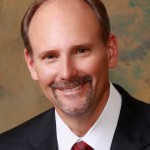 "Mediation is an important part of the process because it provides the structure often needed for each side to sit down and meaningfully discuss their differences. I am honored when parties trust me to help them explore settlement ..." -- Jeffrey M. Fleming

He will add even more depth to the firm, which counts 30 mediators headquartered in eight offices throughout Florida and in Birmingham, Ala. "We are delighted to strengthen our team through the addition of Jeffrey Fleming," says John Upchurch, founder and chief executive officer of the mediation group. "His broad experience, both in practice as well as through the judiciary, will offer our clients another quality choice in selecting a neutral. We welcome him with enthusiasm."

Mr. Fleming was appointed a county judge in 2002 and circuit judge in 2006. He was later elected to each post without opposition. He also has served as associate judge on the 5th District Court of Appeal. Previously, Mr. Fleming had been a trial lawyer, practicing in both state and federal court. As a judge, he presided over a wide variety of matters, including civil, criminal, domestic, juvenile, probate, guardianship and mental health cases.

After 11 years on the bench, Mr. Fleming resumed his practice as a board-certified civil trial lawyer and began developing an active mediation practice last year. He now devotes his time to mediating and is certified by the Florida Supreme Court to mediate circuit, appellate and family law cases. He is also certified to mediate in the U.S. District Court -- Middle District of Florida.

"I firmly believe in the ability of our judicial system to fairly resolve disputes," Mr. Fleming says. "Mediation is an important part of the process because it provides the structure often needed for each side to sit down and meaningfully discuss their differences. I am honored when parties trust me to help them explore settlement and I am proud to serve our courts in this way."

Recently, Mr. Fleming has been appointed as a special magistrate in multiple jurisdictions.

He was born and raised in Orlando. He and his wife, Joanne, have four grown children.