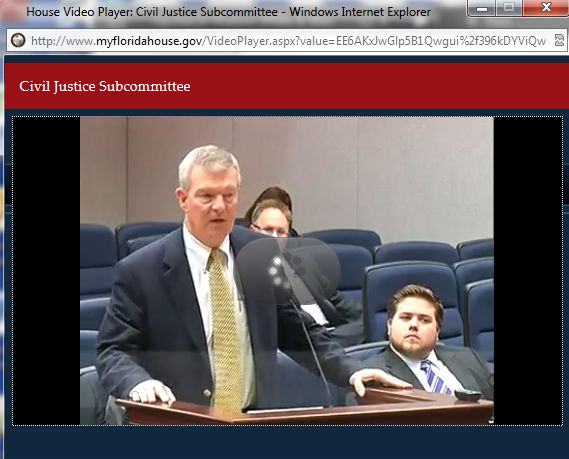 Robert A. Cole, mediation counsel with Upchurch Watson White & Max, recently spoke before the Florida House Civil Justice Subcommittee, opposing a bill that would, if approved, give the governor more power in the nomination process for open judgeships.

“We believe that this is a bad bill … it’s just another attempt to politicize the judicial selection process,” he said. “It doesn’t need to be fixed; it works perfectly well.” He spoke on behalf of the Florida chapters of American Board of Trial Advocates (FLABOTA), comprising more than 600 trial lawyers.

Subsequently, the Judicial Nominating Commissions bill (JNC) was passed along a party-line vote by the subcommittee and filed.