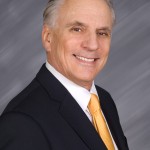 A graduate of the University of  Miami School of  Law, David Krathen was admitted to The Florida Bar in 1972. His experience with trial work began as a Public Defender in the 17th Judicial Circuit. Entering private practice in 1974, he represented clients in personal injury actions, medical malpractice and products liability, including Mass Torts litigation. He was awarded an AV rating by Martindale Hubbell and became recognized by both the Florida Bar and National Board of Trial Advocates as a Board Certified Civil Trial Lawyer. David is one of the founding members of the Fort Lauderdale Chapter of the American Board of Trial Advocates.

In 2003, after thirty years in private practice, he was elected as Circuit Court Judge of the Seventeenth Judicial Circuit, a position he held until his retirement in December 2012. During his ten years on the bench, David served in the Civil Division, including three years in the Extended Trial Unit, and in both the Domestic Violence and Dependency divisions.

“W e are extremely pleased to welcome David Krathen to our Panel of Distinguished Mediators,” says principal and CEO, John Upchurch. “His presence will greatly enhance our ability to meet our clients’ needs for sophisticated neutral services in complex cases.”