By UWWM Mediation Staff
Ricardo Cata, a Miami-based mediator with Upchurch Watson White & Max, increasingly finds himself at the center of academic and practical discussions about international commercial dispute resolution -- at a time when Miami is being touted and is growing as a hub for international arbitration. First among Ricardo's current engagements is his organizational service to the 2016 International Litigation, Arbitration & Transactions (ILAT) Conference at the city's Conrad Hotel on Friday, Feb. 26. 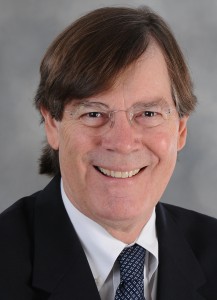 
Ricardo, as chair of the Mediation Committee of The Florida Bar International Law Section, helped put together a session under the  heading "Hot Topics in International Arbitration."  Four panelists will discuss the use of mediation in international arbitration proceedings, recent developments in investment arbitration and recent decisions from federal and state courts related to international arbitration. They are Judith Freedberg of Miami, International Council for Commercial Arbitration (ICCA) Publications Consultant; Hans H. Hertell of Hogan Lovells in Miami; Luis S. Konski of Fowler White Burnett in Miami; and Lauran San Roman Guijarro of White & Case in Mexico City. The panel moderator is Laura Reich of Tenzer PLLC in Miami.

Ricardo was instrumental in arranging for Ms. Freedberg to appear. "She is a member of  MIAS (Miami International Arbitration Society) who has attended the UNCITRAL Working Group II Sessions on behalf of MIAS and, previously, on behalf of the Permanent Court of Arbitration at the Hague," he said. "In 2015, Judy went to Vienna, where she observed  the Working Group Session on the enforcement of Settlement Agreements and to Sophia, Bulgaria, where she spoke on that topic to the Institute for Legal Studies of the Bulgarian Academy of Science." Ms. Freedberg has recently returned from New York City, where she attended another Working Group Session. (Ricardo plans to go to New York to moderate an April 13, 2016, ABA International Law Section Cuba Claims panel discussion -- more news on that speaking engagement soon.)

Upchurch Watson White & Max is pleased to be a coffee break sponsor for the upcoming ILAT Conference.