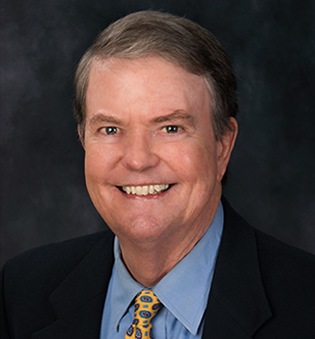 For the most current information and to coordinate or schedule, contact Richard S. Graham's case manager:

Richard (Dick) S. Graham was born and raised in DeLand, Florida. He received his Bachelor’s degree from  Florida State University and is a 1967 graduate of Stetson University College of Law. Following graduation, Dick served six months active duty in the U.S. Army Reserve and six years as a reserve officer in the JAG (Judge Advocate General) unit in Orlando, Florida, honorably discharged with the rank of captain.

In 1968, he became a partner in the Daytona Beach law firm Landis Graham & French, where he continued in private practice until 2002. During his time with this well-known and long-established firm, Dick handled a wide variety of civil cases, developing a vast set of respected legal skills. He is past president of the Volusia County Bar Association and past chairman of The Florida Bar’s Seventh Judicial Circuit Grievance Committee. As a practicing attorney he was awarded Martindale-Hubbell’s highest rating – AV.

In 1988 he was elected to the Florida House of Representatives. He chaired the Volusia County Legislative Delegation and received numerous honors and recognitions during his four-year term in public service, including  statewide recognition from the Florida Engineering Society and from the Florida League of Cities.

In 2002, Dick was appointed Circuit Judge of the 7th Judicial Circuit by Governor Jeb Bush and ran unopposed twice after his initial appointment. He presided over the civil division during his last seven years on the bench, handling some of Volusia County’s highest profile cases. Retiring from the bench in October 2012, he joined Upchurch Watson White & Max Mediation Group as mediation counsel.

Dick resides in Ormond Beach with his wife, Bunnie. They have two adult sons and a daughter-in-law, and celebrated the arrival of their first grandchild in February 2013. They enjoy traveling and the outdoors – particularly hiking and camping.

He serves on the boards of directors for two not-for-profit organizations: The Children's Academy on the Halifax, Inc., and The Bert Fish Foundation, Inc.