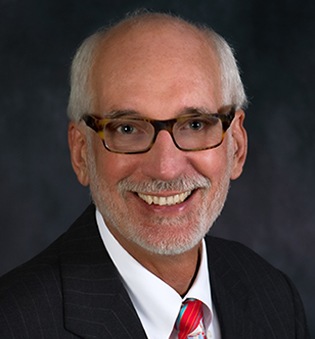 For the most current information and to coordinate or schedule, contact Richard Reinhart's case manager:

After graduating from law school in 1979, Richard Reinhart remained in Atlanta where he practiced with the Morris, Manning and Martin firm for 10 years. During his five years as an Associate followed by five years as a partner, he gained broad experience in complex business litigation, including contracts, real estate, construction, intellectual property, employment and housing discrimination disputes. While in Atlanta, Richard also served as an Arbitrator with the Commercial Panel of the American Arbitration Association.

In 1989, he moved to the Orlando area and immediately became a shareholder in the firm of McMillen & Reinhart, P.A., which later became McMillen, Reinhart & Voght, P.A. Over the next 17 years, he practiced primarily in the professional negligence area, but also represented clients in serious personal injury cases and complex business matters.

In 2005, he became a Circuit Civil Certified Mediator by the Florida Supreme Court, and soon thereafter began doing mediation work.  By the end of that same year, he withdrew from his firm, leaving the fulltime private practice of law.  Since 2008, he has worked part-time as a Special Magistrate for the Complex Business Case division of the 9th Judicial Circuit.

Order of the Coif