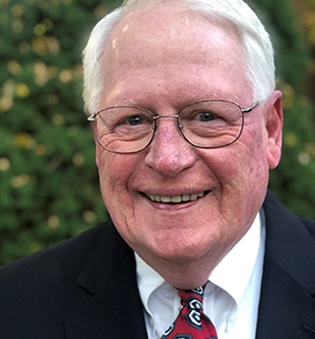 For the most current information and to coordinate or schedule, contact F. Wallace Pope, Jr.'s case manager:

Wally Pope’s dispute resolution career actually began in 2001 with his certification as a Florida circuit court mediator, but the native Floridian launches his Upchurch Watson White & Max practice with 50 years of experience as a business civil trial lawyer.

In 1967, after completing five years of active duty with the U.S. Army, Wally began studying the law at the University of Florida in Gainesville and graduated with honors in late 1969. He was Editor-in-Chief of the UF Law Review and was an instructor in logic in the undergraduate school. After graduating, he became a research aide to The Hon. Robert T. Mann of Florida’s Second District Court of Appeal in Lakeland. In 1970, Wally was admitted to the bar and became an associate attorney doing general civil litigation with the law firm of Trenam, Simmons, Kemker, Scharf and Barkin in Tampa.

In 1974, he joined Tim Johnson and John Blakely in Clearwater to continue their law practice as Johnson, Blakely and Pope, now Johnson Pope Bokor Ruppel & Burns, LLP. The firm has grown to about 80 lawyers based in offices in Clearwater, Tampa and St. Petersburg.

When he is not working hard to help attorneys settle their matters, he intends to continue seeking rest and recreation in Colorado, his favorite summertime getaway.